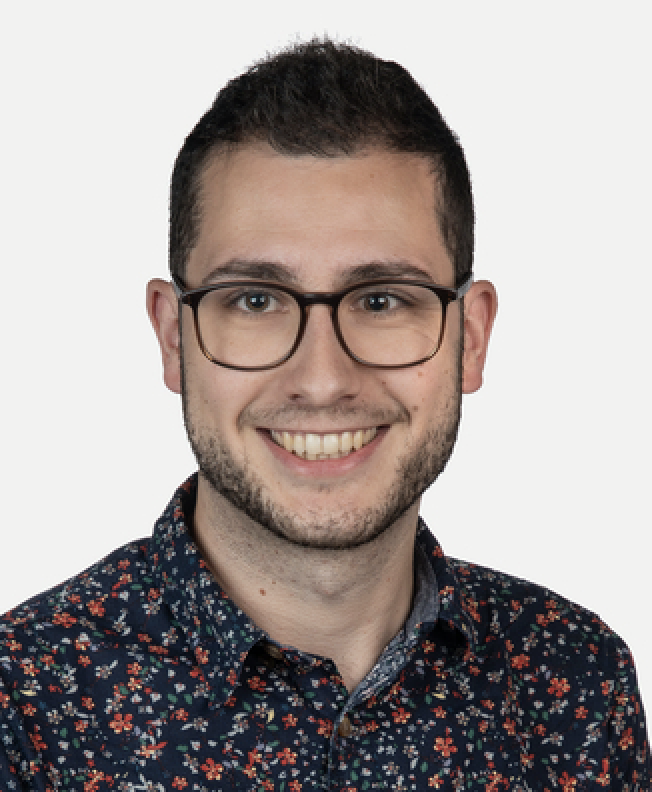 Corrado Fraschetti completed his bachelor’s degree in Mechanical Engineering at the Karlsruhe Institute of Technology. He then moved to Zürich to complete his Master’s in Management Technology & Economics at ETH. During his studies he had the opportunity to work in different companies and areas, yet in the end, consulting intrigued him the most. “I noticed that consulting is an industry that I enjoy – the challenge of helping to solve a number of different problems in various industries intrigues me as I get to see a lot of things.” After his Master’s degree, he joined BearingPoint in April 2021 as a Junior Business Consultant.

Corrado, why did you join BearingPoint?

On the one hand, it was my priority to have a technical aspect in my work due to my background. On the other hand, I met a lot of great people during the recruitment process that I resonated really well with. I also looked up people on LinkedIn who work at BearingPoint and talked to them, which helped me in finding the right position. I felt that BearingPoint is also keen on promoting sustainable careers, compared to other companies where employees are constantly working at their limit. It is not a huge consulting company, nor a “Boutique” company – it is really in this sweet spot where people can step up.

After applying for the open position, I was invited for a first interview with a partner, who eventually directed me to a second interview with my current partner who is responsible for the ‘Industrial Equipment and Manufacturing’ clients – which is exactly my background. The interview for me felt more like a dialogue or chat. After this, I was invited to do a case study. During the case study I also met my current manager. I was again very positively impressed by the conversation. He posed typical recruiting questions, followed by an intensive case study with “client questioning”, where I had to defend my proposed solutions to the case.

How is the workflow at BearingPoint?

The life of a consultant is very client dependent. In comparison to other consulting companies, the projects at BearingPoint are usually longer and last at least 6- and up to 36+ months. During these long projects you usually have the chance to work on different projects internally. When I started, I was on the “bench” for the first three months – meaning working on proposals and internal projects but did not have direct contact with clients yet. After these three months, I was assigned to my current project and became very involved in it. I was given a lot of responsibilities, as I am a core member of the team: setting up online questionnaires, conducting and evaluating interviews, understanding the client’s issues, developing solution concepts and of course preparing slides to communicate these to the client. When I said that I was given responsibility quite early on, I can only compare my experience with previous work. Here, I am given the opportunity to evolve how I want to.

“Here, I am given the opportunity to evolve how I want to.”

How did BearingPoint guide you through your training?

BearingPoint has this setup where you are assigned a Development Manager and Development Partner – which in my case are the same people that I did my interview and case study with. While the Development Partner is directly responsible for my field (IEM), the Development Manager does not have to be related to my project. We have regular meetings and they often give me feedback which helps to guide my further development. The official structure consists of a meeting where you set the goals for the coming year, followed by a mid-year review and again an end-of-year review of my performance and previously set goals. Here, we look at my strength, identify areas that I should put more focus on and define my next steps at BearingPoint accordingly. My Developing Manager plays a tremendous part in helping me to continuously improve as a consultant. I very much appreciate this setup.

Additional to this, I set up a few feedback calls with my Partner and the Senior Consultant whom I work closely with, to discuss what went well and what can be improved on a more regular basis. It is not mandatory, but I find it useful to have regular direct feedback.

How did you set your goals when starting at BearingPoint?

That is a good point. It is difficult if you don’t have an engagement yet— if you are still on the “bench” and you do not have a concrete client engagement yet. There is a whole process behind the goal-setting at BearingPoint. We have a framework that showcases the levels that you are currently working in and depicts what you are expected to achieve. If you have an engagement, you would relate the goals to the specific project, for example take ownership over certain topics, conduct your own workshops etc.

BearingPoint also offers a lot of initiatives and communities that could be part of your goal setting. A community consists of areas of interest that don’t have to be strictly related to the current engagement. You can even create a new community — for example a community based on sustainability was recently founded, which has gained quite a lot of traction.

There is also something called Key Focus Areas (KFA), which I was personally quite engaged in during the last 8 months. I am part of the KFA for a ‘Digital Project Twin’ where we try to revolutionize project execution through digitalization. We are in the process of creating a Model Company to showcase and validate the concept and are partnering with a technology leader to bring a new offering to the market.

Can you specifically mention some projects that you enjoyed working on?

I am currently working on a project that I have accompanied since the very beginning. We are looking at the current system that the client has and how we can improve it. Even though it is one project, it is split into different sections. The first three months were an “As-is-analysis” and pain point identification. We conducted various questionnaires and interviews with several stakeholders to identify the pain points and confirmed these with the client. We then moved to the “Solution Design Phase”, where we developed new alternative solutions and validated these with the client. Now we have started the “Implementation Phase”. We will not implement the solutions ourselves, as the client has their own implementation team – but we will monitor their progress, steer the project itself and support the client through new business concepts. We are the coordinating hand behind it.

With technologies constantly evolving and improving, how does BearingPoint help their employees to keep up?

BearingPoint has a large training catalog, which I took advantage of when I was still on the “bench”. After each training, you become certified in the specific skill, which is of course essential when working on different projects. For example, I did a training to become a certified Scrum Master and also completed the SAFe certification (Scaled Agile Framework). A training can also be completed when a specific skill is needed that no one in the assigned team has. When it comes to technology, a lot of training is done on demand to serve a certain client need.

How is the company hierarchy?

Regarding hierarchy, we are very flat – at least when we are talking about my experiences with BearingPoint Switzerland. During my first few weeks, I was directly working with two partners and a manager. We were preparing a proposal for a company and I felt that my input was just as valuable and appreciated as the more senior colleagues. This was honestly a surprise to me in the beginning, as I would have expected the partner/manager to tell me what to do, but they were very keen on my input and point of view.

What were the most surprising moments during your first months at BearingPoint?

I gained some consulting experience during my studies and was aware of the shadow sides that come with the consulting industry. I was positively impressed by the culture and work-life balance at BearingPoint. It is a different consulting setup, partly because our projects run for much longer which leads to a closer and longer collaboration with the client that aligns the working rhythm. I was also impressed by the responsibility that I was given from the first week onwards and the support that I received when asking colleagues for input.

What skills helped you the most in succeeding as a consultant?

The overarching answer is system thinking and problem solving and design thinking. If I don’t know the answer, I figure out a way to get to the answer. This is the biggest asset you can have. Being a great team member and having the skills to adapt and work with new people is essential in consulting.

“If I don’t know the answer, I figure out a way to get the answer. This is the biggest asset you can have.”

Why are you happy working at Bearing Point?

I feel challenged and listened to and I appreciate working in an ambitious and cooperative environment.